A Man and His (Guide) Dog: Sgt Foulks and Blondie

Sometimes you find little gems when you are plowing through online archives. Internet Archive has been a goldmine for me, and for my students, and I access it every day. I also make it a point to donate (if you needed a hint…)

On one of those dives through the website, I found this gem—the autobiography of a war-blinded veteran, tracing his journey from the battlefield to his post-war life with his guide dog and ‘best friend’ Blondie. Foulks had been a spotter for machine gunners B.A.R men in the battle for Attu, using his binoculars to identify Japanese positions for the gunners. Shot during battle, Foulks was knocked off his feet, his binoculars shattered and his eyes wounded. Field medics at the Aid station sent him to the field hospital, where the ‘stray parts of…binoculars’ were removed from his head wounds. Eventually Foulks was sent home by tractor trailer and ship, arriving at the Letterman General Hospital in San Francisco. Foulks writes in his memoir that he had always known from the moment of his injury that the war was over for him: ‘the jig was up for me’. In the hospital, Foulks recuperated slowly, visited by fellow soldiers and a Braille instructor. He reported being disinterested in learning Braille; partly because he had worked on farms before he had joined the army and had lacked any vocational job experience. In these early days, Foulks had ‘one desire, and one desire alone’, which was to get out of the army, as soon as I ever could and return to my home, where I had not been for four years.’ 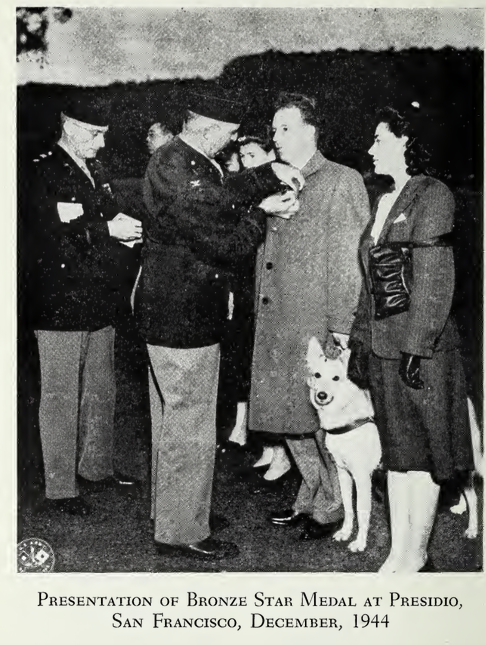 Foulks’ memoir captures his struggles to come to terms with disability:

‘Blindness is not acceptable to any human being. Inwardly we rebel against it and outwardly we may appear to be stubborn, but we are only beginning another battle, which will be, for us, life long, and we falter—mentally.’

Where do we wish to be when the re-education is to take place? For most of us that answer will be—in the outside world. We have homes to return to in cities and towns. We long to do the things we dreamed we would as soon as our war jobs were over. We have plans because we are young, and we are men. We know other lives are affected by our blindness, which we must also help to adjust. Our confusion is so great that we may not know immediately the plans we wish to form in so short a time. Some of us have been so torn in trying to figure the thing out that all we ask is time to decide for ourselves, our course.

He also conveys a sense that blindness was an ‘intervention’ (however unexpected) into a ‘normal life’, but one whose impacts on an individual’s personality and everyday life could be ‘managed’. Unsurprisingly for a veteran, the memoir also perceives the disabled condition as one that could potentially impact both masculinity and individual personality: for instance, Foulks writes: ‘As men we haven’t changed a bit, and our blindness does not make us morbid sissies overnight’. 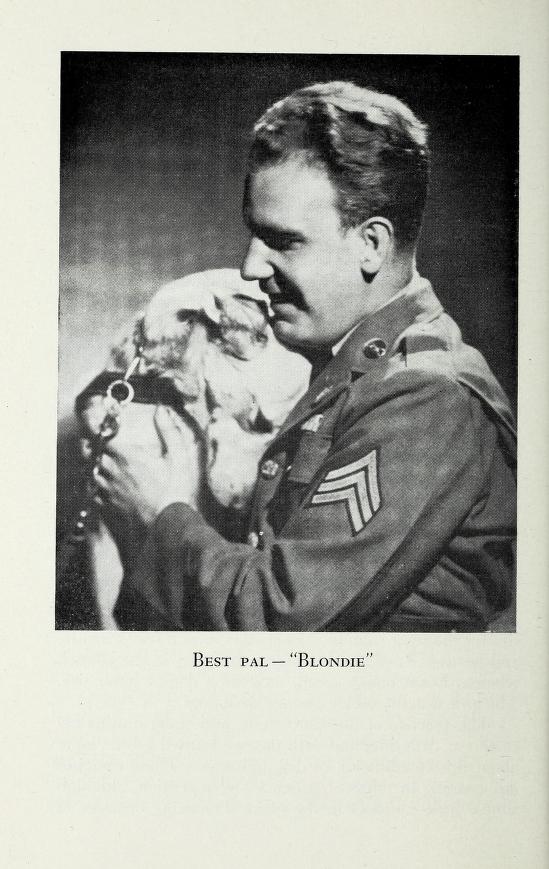 It is even now being proved in some cases that the newly blinded are not too ready—in the very early beginning of their darkness—to study such things as will make him a ‘model’ blind man. This perfection is often of no interest to him until long after he has gone places on his own, and has returned to his old world first—even though without sight…Any readjustment program for blind veterans now must be of a highly intelligent nature. It cannot be “talked down’’ to us. It must be speeded up to the concert pitch to which we were trained prior to our blindness. We want activity of the progressive sort in our blind rehabilitation, just as we saw action in the ice and snow of the Arctic, the quagmire and pestilence of the island swamps, the heat of the desert sands, or the beach-heads on foreign shores.

Foulks described the minutae of adapting to everyday life as a blind man in exquisite detail: for instance, he describes learning how to fold bills in his wallet so as to be able to identify different denominations: ‘I was shown how to fold the money in the blind manner, at the same times being advised to use banks for any large amounts of exhange, for safety. The one dollar bills were to be placed flat in one section of the bill fold; the five dollar bill was folded once across, which approximated a square; the tens were folded lengthwise, once, which made them long and narrow, and the twenty was folded four times across, then arranged in the wallet the most convenient way.’[1]

Foulks was provided with training on how to handle and work with a guide dog at the Guide Dogs for the Blind Inc in Los Gatos, California, which was a non-profit organization. Dogs were trained and provided to ‘worthy applicants’ approved by the non-profot’s Board for the sum of a dollar each which included a month’s room and board at the school. Initial training involved ‘not spoiling’ the dog, learning to communicate with the dog and learning to listen to the dog’s signals. Foulks saw guide dogs as a crucial aid to morale and ‘adjustment’ during the early stages of rehabilitation. He mentions in this memoir that the American Air Force Convalescent Center and Regional Station Hospital at Pawling, New York which served ‘psychiatric cases, not blind’ were given ‘dogs for pets as a rehabilitation.’ 200 pure-breed dogs were given to wounded and disabled veterans at this center. Foulks commented that the dogs had given ‘the boys a new interest in life and that they have a definite therapeutic effect which helps in a successful adjustment and rehabilitation’; and had provided a kind of morale-building which is unique. 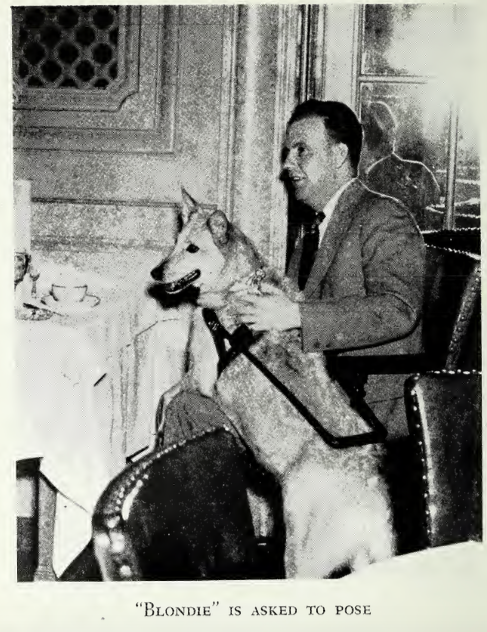 But perhaps the most fascinating aspect to Foulk’s memoir is his detailing of his relationship to his own guide dog, Blondie.

At this point in the training, I became the master of my dog “Blondie.” Up until now I was using my practice dog. If I spoiled her, during my first days of awkward training, she would remain behind for correction. I was now given the lovely ‘‘Blondie,” who was to be mine. “Blondie”’ was to have been mine all the time, but I was not informed of this. I grew attached to my practice dog,

But now, by right of possession, I felt close to this dog that was to be my very own. “Blondie’’ became my roommate, and, with my buddy, we both had our final dogs—each at our own bedposts, where we could reach out and pet them whenever we desired. We began to work in the larger cities where there were revolving doors to conquer—elevators, and up and down long flights of steps. In short, any place we might wish to go. Hazards and obstacles were especially picked out for us, and my ‘‘Blondie” knew how to negotiate them all.